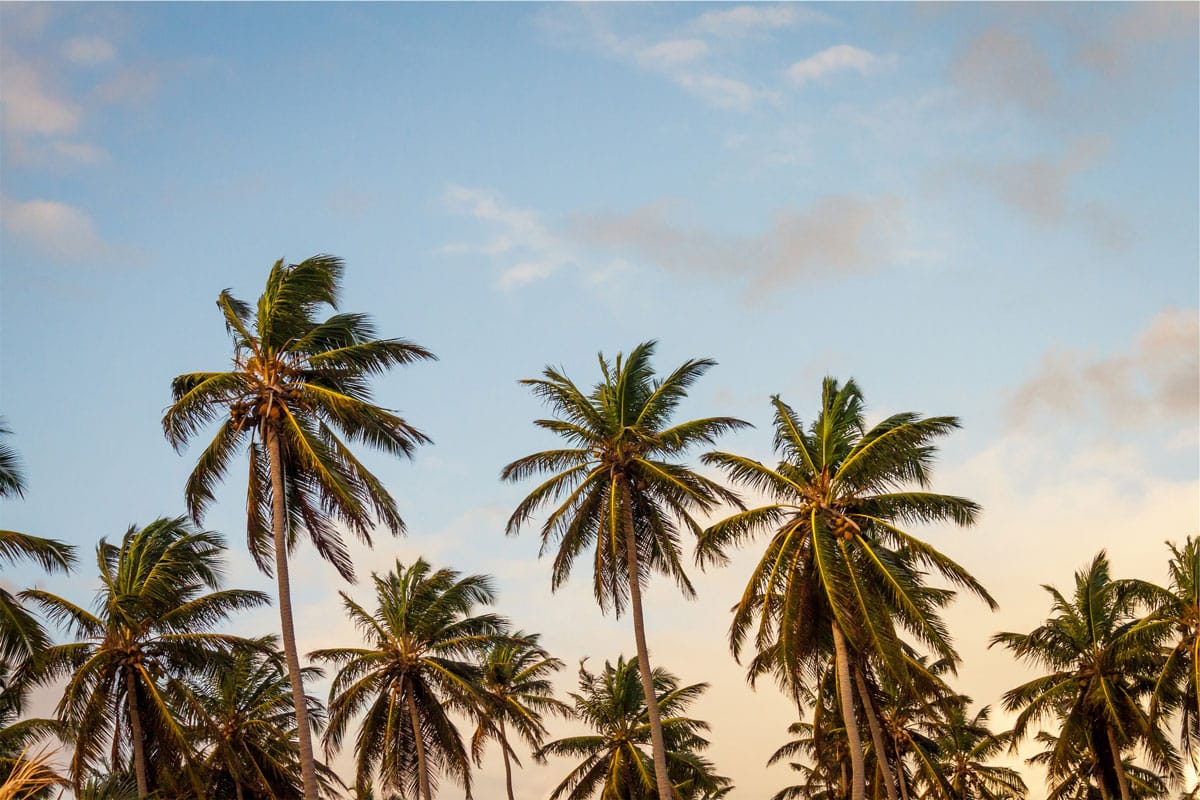 Bayani of the slums. That was what people called him. His name meant hero. Not that there were any real heroes in the Portallis City slums. This was the home of the poor, the lame, the helpless. Like the rest of them, Bayani led a sad life of hunger and shame. Bayani was eighteen years old and an orphan, living on the streets of Portallis.

Life hadn’t always been that way, however. He once had a good home and parents who loved him. His mother and father looked upon Bayani and his brother Pin Pin warmly, with kind eyes and generous hearts, despite their meager circumstances.

But then they were taken.

One night, many years ago, the Queen’s men came and bound his parents in chains, hauling them off to work as slaves in the Portalline mines. Bayani managed to escape, taking his baby brother and fleeing into the darkness to avoid the same fate.

Since that terrible night, Bayani had lived in the slums and scavenged for food.

He foraged his meals from the garbage heaps of Portalline nobility, who used his new home as their dumping grounds. At least by doing so, they gave him food. And Bayani had a knack for discovering hidden treasures, especially edible ones. Occasionally, the rich left spare shards of Portallium crystals hidden away. He collected what he could and brought them back to the other street urchins, so they could pool their goods to survive.

When Bayani turned eighteen, he had the option of setting out into the world to make a better life for himself. He could have conscripted in the Queen’s service, but how could he ever serve someone who had taken everything from him?

No, Bayani could never do such a thing. Plus, here was where he belonged. His bed was a dirt road, and his pillow a stone slab. Surrounded by urban waste. Discarded like him and his kind.

Many other slum dwellers shared Bayani’s neighborhood. Together they lived in this bounteous pile of trash. Their particular heap consisted of old ragged pieces of furniture, the bones from discarded pigs, rotted carabao hide, broken toys, old clothes, and junked construction equipment.

Portallis produced an exceedingly large amount of garbage. The stores of Portallium mined in the Isles made the upper classes extravagantly wealthy. The rich needed a place to put all their waste, and what more convenient a location than the Portalline slums.

As much as Bayani hated being poor in a rich nation, he would never leave his little brother.

“Take care of your brother. Don’t let them take him.” The last words of his father echoed through his mind. He had taken them to heart. Six long years had passed, and he had done just that. He was Pin Pin’s protector. His guardian. All he had left in the world.

And if the Queen’s men ever found Pin Pin. Found out what he could do. There would be no protecting him.

“Tell me about mother and father again, Bayani,” Pin Pin begged. “What were they like?”

Bayani breathed a sigh. Thinking about his parents wasn’t easy. He missed them desperately, but Pin had never met them, at least after he was old enough to have permanent memories. His brother asked to hear about their parents every night. “Dad loved that constellation. It was his favorite. He even came up with a song about it. The Dancing Mongoose.”

“My favorite song. Play it for me. Please Bayani? Please.”

“Not tonight little brother,” Bayani said. “It’s not the best song to sing before going to bed. Too fast paced. Besides, I can’t play it right with these broken strings.”

“The Festival of Lights is tomorrow,” Bayani said. “I’ll try it then. I can do part of it with two strings.”

“I can’t wait until the Festival,” Pin said.

“Yes, it will be a – ” Bayani sat up abruptly. His inner awareness pulled at him. Could it be a troop of warriors? They rarely came to the slums and almost never at this hour.

“Shhh. I want you to hide in the crate. Someone is coming.”

Pin Pin crawled slowly out of the street and hid inside a crate nearby.

Behind a heap of piled up old furniture a glowing lantern swung slowly back and forth. The other street dwellers sat up. Bayani’s eyes widened.

It couldn’t be a warrior. People feared the warriors. The ends of Bayani’s mouth curled upward, and he had a tingling feeling in his toes.

Pin Pin leaped from his hiding place with wide arms and a wide grin on his face. He reached his arms around the sister’s legs and squeezed. “Yay, Sister Pons. I missed you.”

“Go easy on her Pin. She’s not used to being around kids all the time.”

“It’s quite all right. I missed the little devil too.” Sister Poinsettia wrapped her arms around the child. “Always happy to drop by. It’s been too long. We’ve been busy in the Priory. Lots of new cases of the sickness.”

“The sickness? Is it spreading Sister?”

“Oh, I don’t know. I fear it may be. But let’s take our mind off that. Festival is tomorrow, and I come bringing gifts.”

The elderly religious reached into a pouched that was snugly tied around her waist. The pouch was a raggedy old thing, made from the hide of a carabao ages ago. It was wrinkled and had a large flap covering its contents. Sister Poinsettia’s hand emerged from the case and she held three long spindly strings. “I bought these from a peddler passing our way and thought you could use them.”

Pin Pin jumped up into the air and yelped with joy.” Bayani, these are perfect. Now you can play my favorite song.”

Bayani’s heart skipped a beat. “Thank you Sister. I’ve been badly in need of these.” He clutched the strings and tucked them away in one of his pockets.

“I know,” Sister said. “I remember from last time I visited here. After the Festival, do come by to the Priory. The Brothers would love to have a new student.”

Bayani dropped his eyes. “That is generous, of course.” Bayani yearned for the chance to be trained by the Priory. He was a folk musician, but the music of the Priory was classical and ornate. He had an obligation to his brother, however, and the path to the Priory had long since been watched by the Warriors.

“Well, I also brought a few cakes for you and your company.” Sister Ponsettia pulled from her bag four small orange cakes.

Bayani salivated at the sight of them. He hadn’t eaten that day. The cakes were moist and perfectly circular. They had cream lining their top with red berries in their center. “These look delicious Sister.”

“Made them myself. Thought of you boys and your friends. It wouldn’t be Festival without sweet cakes.” She handed the cakes to Bayani and Pin.

“You take them boys. I thought of you and wanted you to have them.”

Bayani wanted to eat them right then and there but thought better of it. His stomach growled, but his friends would be hungry too. It would be better to wait until tomorrow so that he could share with the others at the festival. He motioned to put the cakes in his storage for tomorrow.

“I know you’re thinking about your friends. You’re so thoughtful. But I want you to eat one right now. You and Pin. Or else I know you’ll give it all away and save none for yourself.”

“No, you heard me,” Sister insistend.

Bayani and Pin split one of the cakes. The taste was ambrosial. The sweet cream mixed with butter and berries in a fluffy and moist taste. Bayani was in heaven. “This is amazing Sister.”

“I’ve got a few more things for you tomorrow.” She brought out a loaf of bread and a few spare apples. “Picked these up on my way here. Some street stores are open at night.”

“I won’t take no for an answer. How many are you looking after these days Bayani? A dozen?”

“He looks after fifteen of us,” Pin said.

“Fifteen, is it? Well, that’s more charity than anyone else in this fallen paradise of an island.” Sister Poinsettia handed Pin the loaf.

“Thank you, Sister – this food will go a long way.”

“If you ever need anything, you don’t hesitate. As I said, we’d love to see you at the Priory. Your musical skills will be much appreciated there. We also bring a message of eternal life, you know.”

“We can’t,” Bayani said, his eyes flitting nervously. “It’s not safe. Eternal life is no use if I can’t preserve this one.”

“The Queen’s men will not touch the Abbey,” Sister Poinsettia said. “It would violate sacred ground.”

Bayani didn’t say anything. He would trust Sister Poinsettia with his life, but his brother’s life? That was his to keep safe.

“Well,” Poinsettia said. “I know you’re nervous about your brother.” She had a knowing look on her face.

Bayani’s eyes widened. Did she know about Pin?

“But it’s not safe here either,” Sister Poinsettia.

“But I know my way around the streets,” Bayani said.

“Your music would move hearts and minds,” Sister said. “That will

“Maybe,” Bayani said, politely. ” I’ll think it over.” He already knew his answer. As much as he loved the Abbey’s generous offer, even they could only do so much to protect against the Queen. She was known to have spies everywhere. The only place that was safe was the one place that was so run-down and overpopulated that even the Queen wouldn’t bother to look.